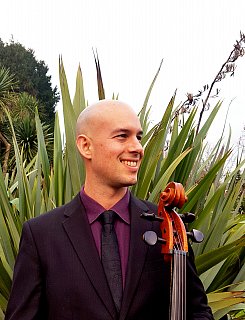 Callum holds a Doctorate of Musical Arts from Michigan State University, where he studied with Suren Bagratuni. While at MSU Callum was a teaching assistant to Professor Bagratuni and principal cellist of the MSU Symphony Orchestra. Prior to his studies in the USA he completed his Masters degree in cello performance at the University of Waikato, studying with James Tennant. Callum has taken part in masterclasses with Gautier Capucon, Alexander Ivashkin, Laurence Lesser, Leslie Parnas, and Thorlief Thedeen.

In 2014 Callum toured for Chamber Music New Zealand as a member of the Rangitoto Piano Trio, which was recorded live in concert for broadcast on Radio New Zealand, and he recently recorded the six Michl bassoon quartets for Atoll Records with his two sisters and bassoonist Ben Hoadley. Callum teaches for the Pettman National Junior Academy of Music in Auckland and is a contract member of the Auckland Philharmonia Orchestra. He has also played regularly in orchestras such as the Auckland Chamber Orchestra, Opus Chamber Orchestra, Jackson Symphony, Lansing Symphony and the West Michigan Symphony.

Callum studied piano with Rae de Lisle and Katherine Austin during his Bachelor’s degree, and has performed extensively as an accompanist in the United States and New Zealand.