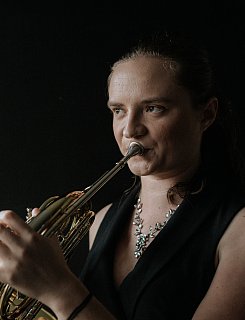 Anita has recently returned from the Queensland Conservatorium in Brisbane receiving a Masters in Music Studies (French Horn) as well as The Griffith Award for Academic Excellence in both years of study. She previously completed a Bachelor of Music (Hons.) majoring in Classical Performance, French Horn in 2017 at the University of Auckland where she was also awarded an Auckland University Summer Research Scholarship that looked at teaching brass to 5-7 year olds via age-appropriate pedagogies. Anita has undertaken professional development through the Queensland Symphony Orchestra Internship (2019), New Zealand Symphony Orchestra Fellowship (2017) and Auckland Philharmonia Orchestra Internship (2016). Anita has worked as a freelance horn player in both New Zealand and Australia including Auckland Philharmonia Orchestra as well as previously being principal horn of the Auckland Youth Orchestra and NZSO National Youth Orchestra. In 2020 she will be presenting a series of solo recitals with pianist Camila de Oliveira and performing Mozart’s Horn Concerto No. 4 with Northland Sinfonia.