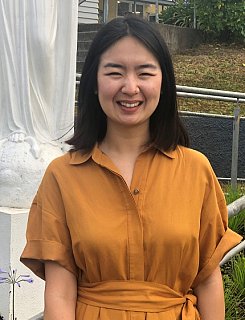 From 2003 to 2006, Julianne was a part of the Pettman Junior Academy programme. She was one of the founding members and a violinist of the Lazarus String Quartet, which a year after its formation, won the ROSL Arts/Pettman Scholarship. Since then, the quartet has performed in many festivals including the Edinburgh Fringe Festival and the Budleigh Salterton Festival. They were regular performers at the International Akaroa Summer Festival and have performed all over England, Europe, Australia and New Zealand. The Lazarus String Quartet have worked with many prestigious musicians including Eberhard Feltz, the Kuss Quartet and the Doric String Quartet.

After moving back home to New Zealand, Julianne is now teaching, with a great focus on chamber music