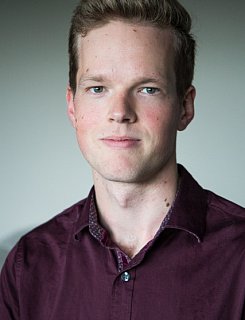 French-New Zealander cellist Martin Roberts grew up in Christchurch, where his passion for music, and particularly chamber music, was first ignited. Martin studied initially at the University of Canterbury before finishing his Bachelor, Honours, and Masters degrees at the University of Auckland, under the guidance of Edith Salzmann. Following these studies, Martin spent three years in Germany with Prof. Mario De Secondi at the Staatliche Hochschule für Musik Trossingen, where he furthered his education in both solo performance and chamber music. To further enhance his training, Martin has attended many music festivals such as the Academy International d’Été De Nice (France), the Internationale Sommerakademie Schwetzingen-Worms (Germany), and the Tuckamore Music Festival (Canada).

Martin has performed up and down the country within orchestras and chamber groups, most notably touring for Chamber Music New Zealand alongside the New Zealand String Quartet. While overseas, he was fortunate enough to join the Württembergische Philharmonie Reutlingen and regional youth orchestras, which saw him perform all over Germany, as well as in Switzerland, Italy, and China. He is also an artist for the Lincoln Center Stage programme aboard Holland America Line, based in New York City.

Since his return to New Zealand, Martin has been teaching and performing, both in orchestral settings as well as with his string quartet, the Arcus Quartet.