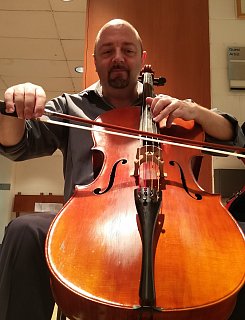 An Australian citizen, but born in Amsterdam to a family of musicians, Steven Retallick moved to London at an early age and was educated in the UK at the Purcell School, a specialist music school. He attended the Guildhall School of Music and Drama, completing his cello studies with Professor Stefan Popov.

Steve has been teaching steadily for the last 30 years of his career, with students in the United States, Hong Kong, and of course Malaysia. His students have had great success, many going on to pursue tertiary education at reputable conservatories around the world, and one even joining him in the cello section of the Malaysian Philharmonic Orchestra. More recently, he has been travelling to the Philippines to train young musicians there in orchestral practices, as well as in 1 on 1 lessons.